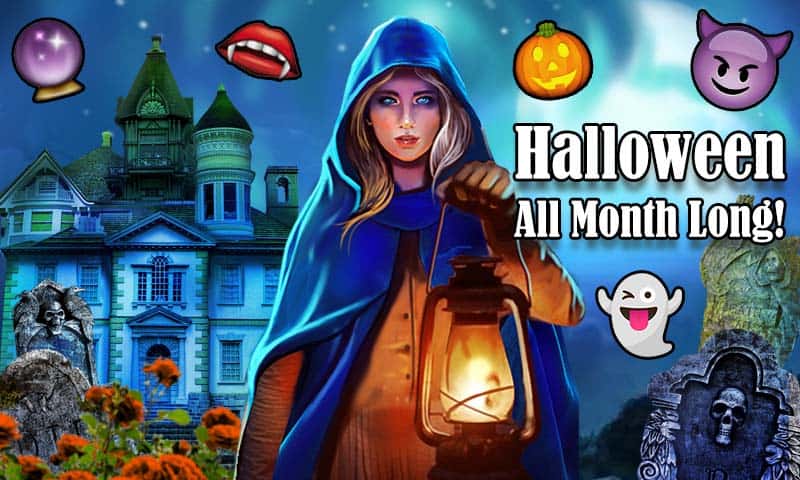 Are you prepared for the month of Halloween—er, October? We’re bringing big things to Legacy Games throughout the whole month, bigger than what you can fit in your trick-or-treating sack! Allow us to share the rundown of Legacy’s Games ghoulish goals for the month of October!

Have you seen our extraterrestrial newsletter? Ancient Aliens: The Game is out now… and the aliens are coming to abduct you!

Based on the hit HISTORY channel show and the 2015 Facebook game of the same name, Ancient Aliens: The Game has been ported to PC with a rebalanced, completed story! Build the Great Pyramids of Giza to mine gold out of your growing Egyptian empire, under the watchful eyes of your alien overlords. 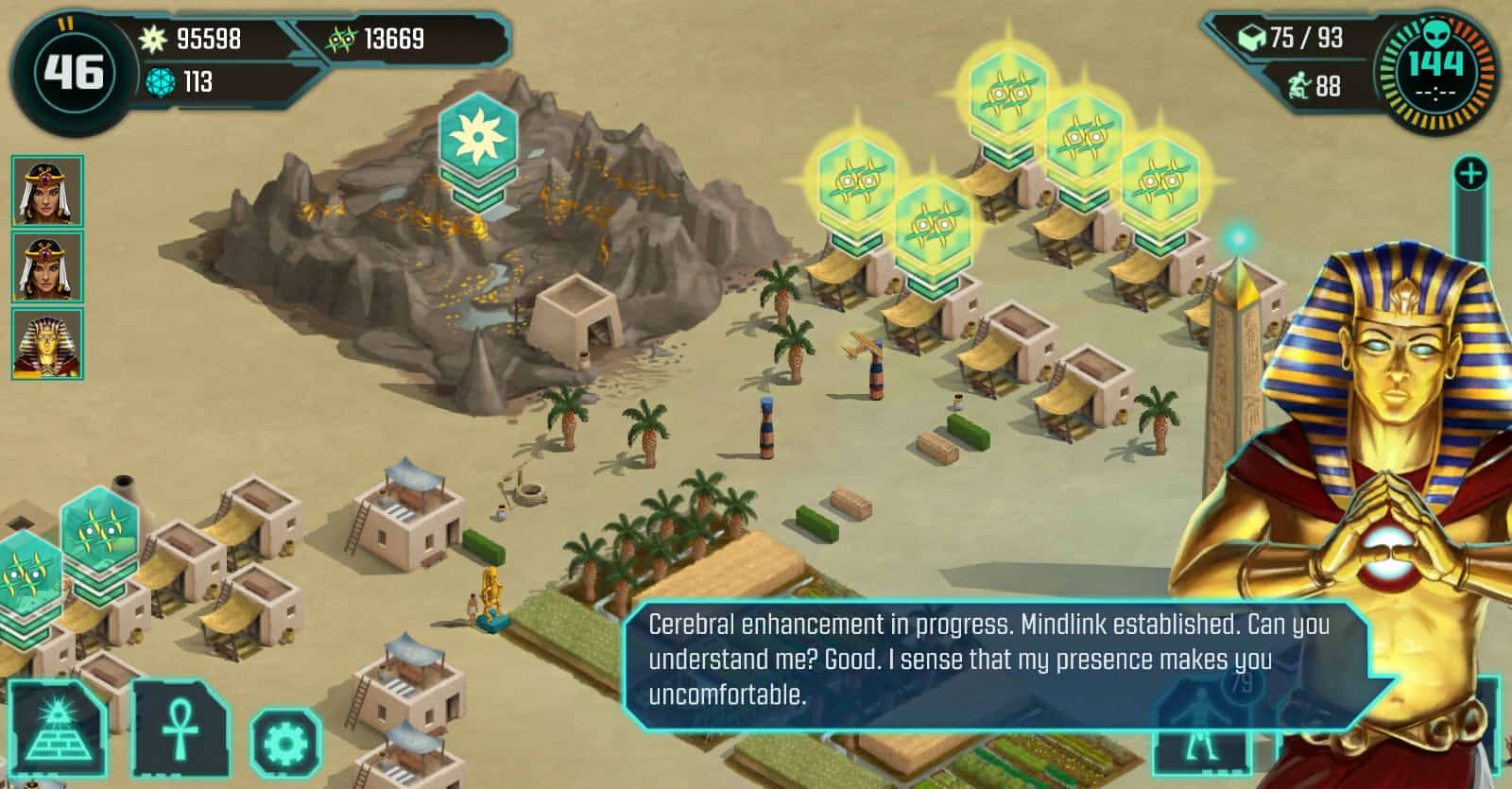 Oooo, shivers and excitement ensue! Get it on Steam or bundled together with our other hit HISTORY channel mystery game, Project Blue Book, on Legacy Games for the same price.

For every week in October, we’re bringing you a spooky-themed hidden object game pack to get you in the pumpkin-smashing, ghost-catching, moon-howling mood for Halloween! 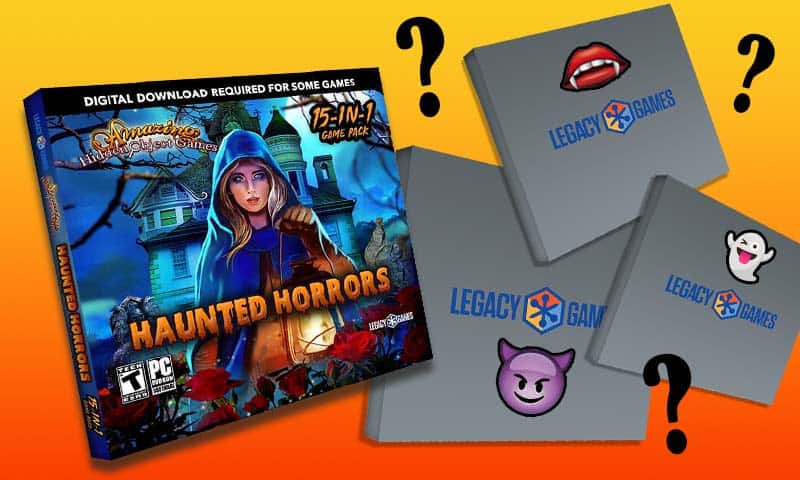 Be sure to pop in for a spell every Friday to scope out new great packs like our new Haunted Horrors – 15 Pack! This pack, plus more, will be on Walmart shelves by mid-October, just in case you want to treat yourself to something other than candy. That’s a lot of scary stories to play and that’s only half of what’s planned!

Some wicked savings this way comes…!

Oh, and did we mention that our past horrifying, hocus pocus packs will be on sale for 30% off as part of our weekly deals? That’s frighteningly good but we’re thinking it still might not be enough. In witch case, we’ll bring you some flash sales sprinkled in over select weekends as well as a month-long Amazon coupon to spend on all our spooky packs! 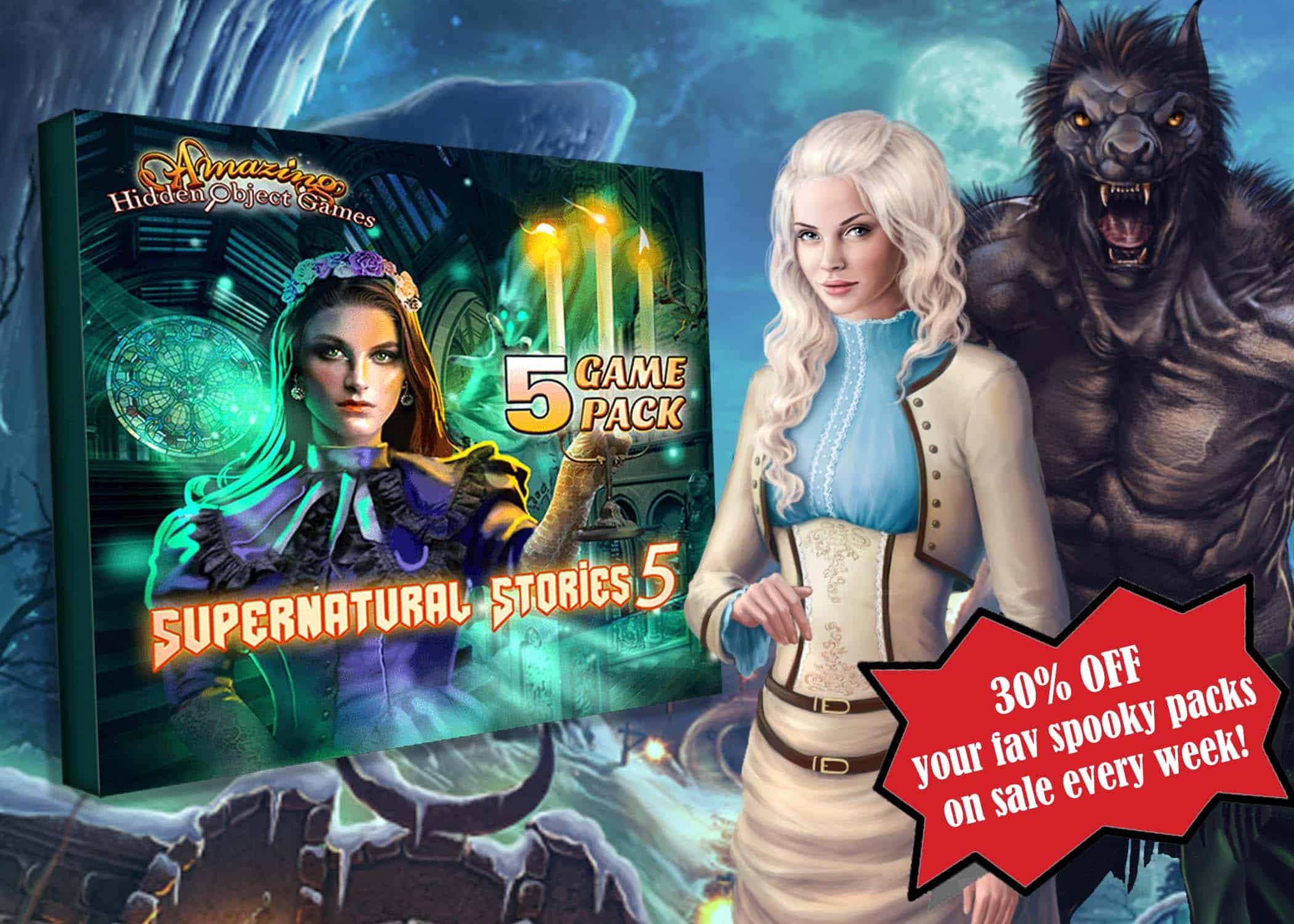 Can you say, spelltacular savings?!

Halloween is already in the air! We hope this news makes you smile like a jack-o-lantern and you join us for this hauntingly good time! 🎃

With love and frights from the Legacy Games Monsters 👻🖤