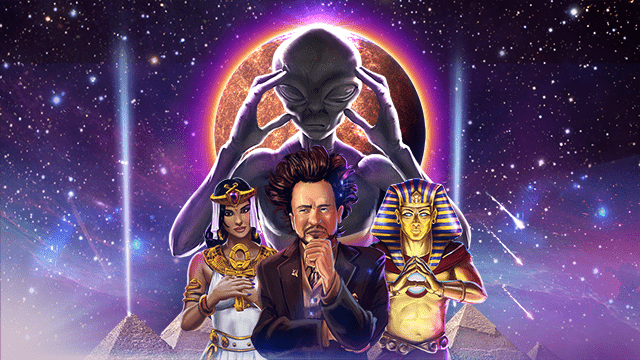 Did Ancient Aliens Really Shape Our Long-Forgotten Past?!

Los Angeles, CA, September 15th  2022.  Indie games publisher Legacy Games is proud to announce September 28th as the worldwide release date for Ancient Aliens: The Game coming to PC via STEAM™, Legacygames.com, and the Microsoft Store™. The PC version was created in collaboration with Fifth Column Games and The HISTORY® Channel. Previously released in 2016 as an F2P experience on mobile and on Facebook®, the new PC version is a premium download offering updated content; including exciting new features and end-game content with a compelling final chapter written by bestselling author and award-winning game writer Steven-Elliot Altman.

Millions of people around the world believe we have been visited in the past by extraterrestrial beings. Did ancient aliens help to shape our history? And if so, might they have come here to escape some cataclysmic event on their home planet? Or perhaps… to prevent one from happening on ours?

What if it were true?

Ancient Aliens: The Game is a strategy and resource-management game packed full of content and features. Balancing and pacing issues from the past have been perfected, and new premium systems have been introduced. A third and final chapter of the game is now included, featuring new visuals, new quests, and a surprise ending. Based on The HISTORY Channel’s hit TV show, Ancient Aliens, this game explores the endless possibilities in our universe. Play as a reluctant alien-human hybrid in this story-driven city-building game! Manage your resources and strategize carefully. The fate of the Earth might depend on it!

Inspired by the theory that aliens were the true pioneers of ancient Egyptian culture, Ancient Aliens: The Game tasks you to oversee the construction of the Great Pyramid of Giza and uncover long-buried evidence along with an ancient astronaut theorist—under the direction of the aliens themselves!

Abduct primitive humans, manipulate their DNA, and help them establish modern civilization as you exploit Earth’s mineral wealth. But it won’t be easy. To build something as colossal as the Pyramid of Giza, you’ll need to construct a working city, advance human technology, and more.

Ancient Aliens: The Game is coming soon via STEAM™

Journalists interested in further information, additional assets, or a STEAM™ key for evaluation may contact Legacy Games Marketing Manager, Amanda Leiserowitz, by sending an email to [email protected] Members of the press are encouraged to check out the following Hotlinks for recent news and updates.

PrevPreviousGet to Know the Dev Team Behind Pearls of Atlantis: Cove of Memories!
NextLegacy’s Month of October RoadmapNext