The Lure of Mystery Games 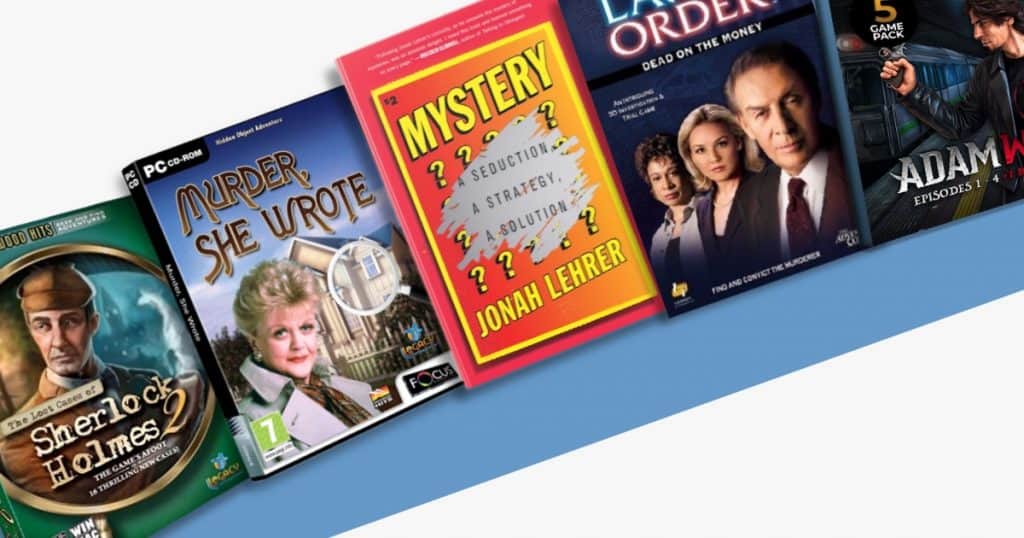 I’m a big mystery buff. I like TV shows about mystery, e.g., Twin Peaks, and more recently, Enola Holmes. I like mystery movies (Knives Out), mystery books, (The Girl With the Dragon Tattoo, Maisie Dobbs), mystery podcasts (especially true crime ones like Serial – In the Dark). Basically, I like mystery stories in any format!

I’ve had the very good fortune of being able to apply my mystery “habit” to games, and over the years have worked on some high profile ones at Legacy. These include Law & Order, CSI, Criminal Minds, Ghost Whisperer, Psych, Paranormal State, Sherlock Holmes, Twilight Zone, and my personal favorite, Murder, She Wrote. 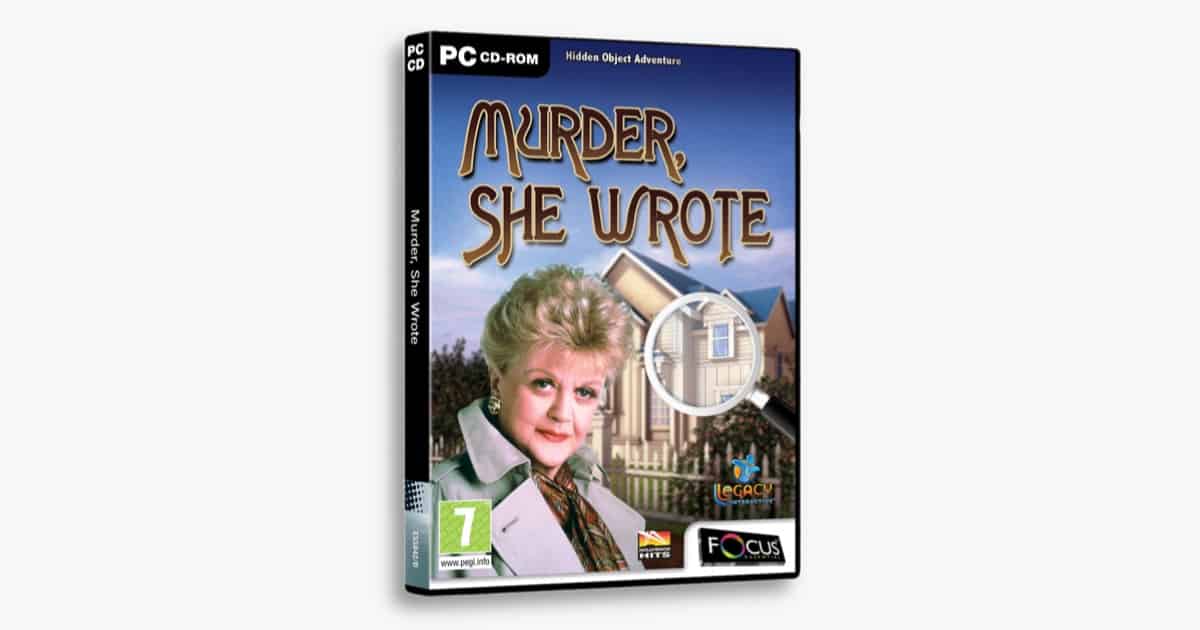 I believe that games are the perfect way to enjoy a good mystery. In one of Legacy’s early Sherlock Holmes games, there was an impossible-to-solve crime, followed by a slew of clues that made no sense to the baffled police. Then Sherlock appeared on the scene, noticing objects and neglected clues to pull it all together and arrive at a brilliant solution. (That basically describes the formula of most detective stories from Edgar Allen Poe on.) And how were the clues revealed? They could be found in lavishly illustrated hidden object scenes and as a result of solving challenging environmental puzzles. The game player became another sleuth, searching for clues alongside Sherlock.

Legacy’s four Law & Order games, published 2002-2005, provide another example of how compelling a good mystery story can be, wrapped in a game format. These adventure games required the game player to do even more than find clues in a hidden object scene in order to solve the crime. Typical of a good adventure game, the player interviewed suspects and had to ask the right questions in order to learn about the next possible perp or clue. They had to solve logic and visual puzzles that were built into the scenes, often using objects they had picked up along the way and stored in their inventory. And like most good adventure games, gameplay involved a great deal of exploration and discovery, where the player decided which leads to pursue and in what order.

In almost every mystery story, there are usually facts about the characters or events unknown to you, the “mystery box,” that keeps you in the dark and prevents you from predicting the solution. The advantage that games have over other media is that the unraveling of a mystery is achieved through direct actions of the player. It isn’t revealed simply because you watched a 43 minute episode, in which the solution arrives around minute 42. You actively solve the mystery box while playing a game, and discover information crucial to the solution by choosing enough of the right options and alternatives. Your choices as a game player make all the difference. In addition, the tantalizing possibility exists in many games that the mystery may not be solved in your first attempt.

That’s precisely why mystery-themed hidden object games are Legacy’s consistent top-sellers. (As of the end of August 2021, Murder Mystery Vol. 2 was our #1 seller, with True Crime taking the #3 spot!) These game collections give players agency to reveal the mystery for themselves, with each hidden object scene and environmental puzzle acting a miniature mystery that must be worked through on the path to unraveling the larger narrative questions.

One series in particular that does this well: Adam Wolfe, a newly released game pack on Legacy Games. There are three interconnected layers of mystery; overarching questions about a sister who vanished year ago; the stand-alone cases in each episode; and finally, the puzzles presented to the player throughout each game. They consistently provide enough information for players to understand the next step, but don’t give away too much, as that would jeopardize the brilliant “Ahah!” of a mystery (and puzzle!) well-solved.

On a personal note, I couldn’t conclude without revealing part of the reason why I wanted to riff on mystery games. Forgive a proud mother, but my son, Jonah Lehrer, wrote a new book about our fascination with mystery. I think anyone with an interest in games and game design will find his discussion of infinite games and slot machines particularly interesting. I also loved the stories about Agatha Christie (who knew she staged her own death?), Good Night Moon, Emily Dickinson, and more. It’s a fascinating read, and I think you’ll enjoy it: Mystery: A Seduction, A Strategy, A Solution.