Legacy Games is a leader in developing, publishing, and distributing award-winning PC and mobile casual games since 1998. We’ve created many popular hidden object, simulation, creativity and adventure game titles based on brands such as Doctor Who, Crayola, Paranormal State, Sherlock Holmes, Criminal Minds,  Law&Order, ER and Twilight Zone, to name a few. We mastered the art of marketing and selling games, and while other companies turned away from retail, Legacy doubled down and captured market share, becoming one of the leaders in casual game distribution.

Today Legacy Games partners with many third-party developers to publish and distribute their games in traditional and online retail stores. We work with awesome companies like Her Interactive (Nancy Drew), Artifex Mundi (Enigmatis & Grim Legends series), Jet Dogs (12 Labours of Hercules and Travel Mosaics series), Five-BN (New York Mysteries and Darkness and Flame series), among many others.

Ariella Lehrer currently serves as CEO of Legacy Games, which she founded in 1998. Responsible for overall strategy and product development, Ariella spearheaded the Company’s foray into TV licensed puzzle games, including her personal favorite, Murder She Wrote. Legacy is also known for its family friendly titles such as the pioneering “real-life games” Zoo Vet, Pet Pals: Animal Doctor, and Emergency Room product lines, and its four creativity apps for Crayola.

Ariella has a Ph.D. in Cognitive Psychology from Claremont Graduate University. 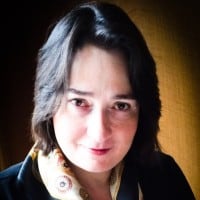 Jo-Ann Hernandez is the president of Legacy Games. She is responsible for the day-to-day operations of Legacy, including physical production, business affairs, marketing and sales. She is an industry veteran with over three decades of experience in sales, marketing and retail management in the consumer electronics industry.

Prior to her current role, Jo-Ann was the Head of North America Retail Sales for Kaspersky Labs. Her responsibilities included increasing revenue, managing retail account managers, establishing relationships with strategic retail partners, as well as setting objectives for all sales and marketing initiatives related to the retail channel in addition to driving profitable revenue growth.

Why Choose Us To Distribute Your Games?

Expand your customer base and Diversify your revenue sources!

For more than 20 years, Legacy Games has successfully published its casual games in retail stores, under the “Amazing Games” label.

Enjoy the different game genres and have fun!

For more than 20 years, Legacy Games has successfully published its casual games in retail stores, under the “Amazing Games” label.

Enjoy the different game genres and have fun!

Subscribe for new game announcements and exclusive offers each month on First Fridays!